All the reporting problems we were having have been solved by linking our accounting package with BrightAnalytics. 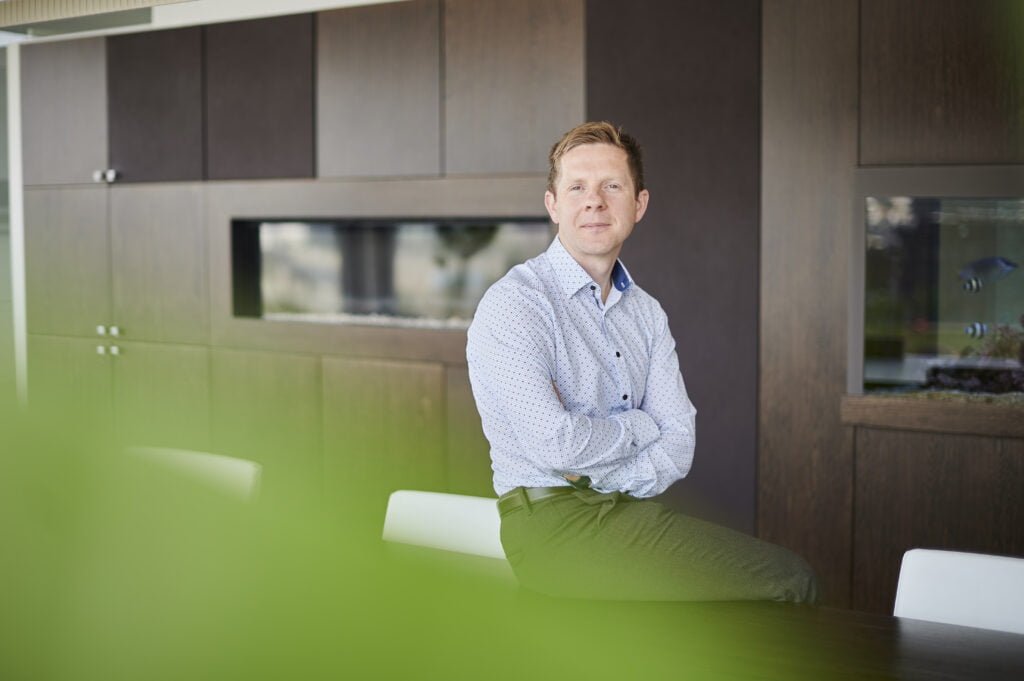 "There is often a difference between demo and practice, but at BrightAnalytics the promises were effectively delivered."
- Tom Bolsens, CFO

From labour intensive to proactive reporting

For the Van Wellen Group – which comprises more than 40 companies – reporting was until recently quite a task. Various accounting packages, a lack of automatic comparisons and a context with intercompany transactions and consolidations made it a time-consuming and intensive process for finance manager Tom Bolsens. But since he linked up with BrightAnalytics, that’s a thing of the past.

“Before BrightAnalytics, I was more likely to be behind the times than I was to be proactive,” Tom begins. “We have a good and user-friendly accounting package, but it doesn’t do enough in terms of reporting because our group has more than 40 companies. In the past, I had to log in separately for most of these companies to call up figures, and I could not make automatic comparisons between years or companies. For others, we worked with external financial service providers, who provided me with their figures in often different formats. I entered everything company by company in Excel, and did manipulations there. It goes without saying that this was extremely labour-intensive and not at all user-friendly.”

The fact that the Van Wellen Group was also growing steadily – the company specialises in logistics property in the port of Antwerp and Grobbendonk, as well as residential property development – did not make things any easier. “New companies and sites were regularly added, which also required reporting. With a view to further growth, our shareholder also wanted to be able to see figures more quickly in order to make decisions, plan liquidity and plan for the future.”

Connect with almost any accounting package

A professional reporting tool had to give Tom a fast and accurate insight into the figures, make comparisons easily, make budgeting possible, but also facilitate the tracing of intercompany transactions and consolidations. “And if I could, I also wanted to be able to follow up with customers and suppliers,” Tom says. “At first we thought about replacing our accounting package, but because it had been optimized in the meantime, we opted for an add-on for reporting. Our bank had once talked to me about BrightAnalytics. When I was about to contact them, they happened to call me themselves. The demo won me over immediately, and I haven’t contacted any other vendors since.”

Three weeks later, Tom was able to view the first reports in BrightAnalytics. “Linking the reporting tool to our accounting package was child’s play, at least it seemed that way to us (laughs). Of course, I don’t know what happens behind the scenes. The fact that BrightAnalytics has more than 100 connectors allowing it to connect to virtually any accounting package, was an added bonus for us. As a result, I can now see the figures from all our companies in a single report, including those for which an external partner does the bookkeeping. In that sense, all the problems we had have been solved by linking our accounting package to BrightAnalytics.”

Tom is also impressed by the ease with which management reporting can be set up and intercompany transactions traced. “BrightAnalytics links the numbers, and I set up the reporting myself. I was surprised how smoothly that went. Often there is some difference between a demo and practice, but here the promises were effectively delivered. It was enough to fine-tune the management reporting once, and link the account schedules of our 40 firms to the correct management reporting account.”

“Just last week we acquired another company. I informed BrightAnalytics, received the intercompany code, and the next day I saw the company’s figures in the platform and was able to integrate them directly into our reporting. It’s also very easy to make a comparison between the various companies, financial years, strongest deviations, …. In short, I can now analyse our figures much better and faster and respond proactively. The service I receive is also top-notch. If I ask something, I get an answer a few hours later. And that’s important to me.”

He says that since the start of the collaboration with BrightAnalytics, he has gained a lot of time, so that closures are not only completed faster but are also of a higher quality. “Thanks to intercompany matching, I can easily see whether a transaction has already been booked at all the companies involved. This is displayed in a mosaic with tiles for each company. If a tile is green, everything is okay. Orange or red indicates a mismatch. In this way, it has become very easy to ensure that intercompany performance matches at a closing.”

In the future, Tom also wants to use the tool for operational reporting. “I like to take things one step at a time. Once the ordinary bookkeeping is up to scratch, we start with the budgeting of all the companies. This is followed by the consolidation and possibly a liquidity planning. It reassures me that the tool can do it and grow with us.”

Alides
Reporting on an annual basis no longer satisfies Alides. With some 25 active companies, two very different accounting packages and a handful of Excel sheets, this became a challenge. BrightAnalytics offers them a report per project and per building to follow up on the results.
Read more

Huyzentruyt Group
"We started looking for a good reporting tool. It had to be intuitive and user-friendly."
Read more

Van der Erve N.V.
With the start of the corona pandemic in March 2020, a period of uncertainty began for Van der Erve Europe. Time for a tool that could make a cash flow forecast!
Read more

The benefits of BrightAnalytics according to Van Wellen Group :